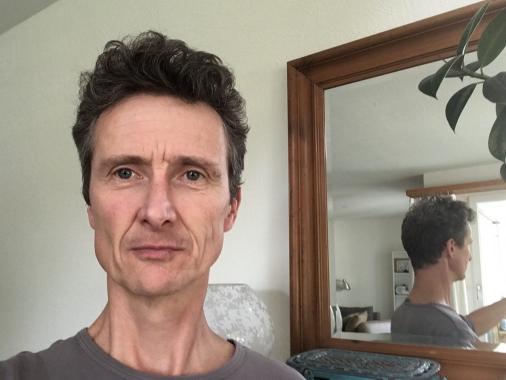 Luc Boeke, In the early 2000s, Luc was a full time teacher at the University of Amsterdam.

In the 20 years following his Master title in Communication Sciences at the University of Amsterdam (1999), he has pursued a Marketing Intelligence and Data Science career that has brought him to international companies in the English, French, Dutch and German speaking countries of Europe.
Skype, especially since it has been acquired by Microsoft, has played an important role to connect colleagues, partners and suppliers in those companies.

Since 2017, Luc is based in Switzerland, not by coincidence a 'multi-language' country in the heart of Europe. In the Spring of 2019, Luc entered into a partnership to work as a part time language tutor.

"It is my belief that learning a foreign language does not only help people to better understand each others'​ cultures and customs, but that it also facilitates to meet up, to exchange ideas and, ultimately, to negotiate a successful business".

Upon request, copies of diplomas and certificates -including a "Second Degree" teaching certificate- can be submitted. Luc is a Dutch native, near-native in English and French. His skills in German are currently at conversational level, but improving by the day.